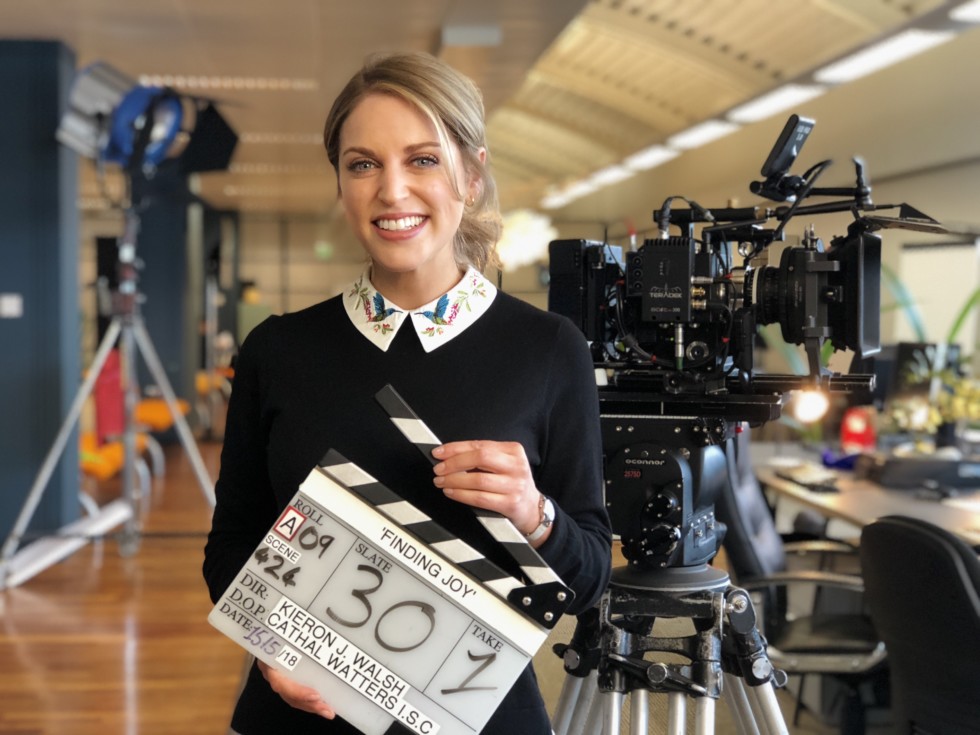 RTÉ’s new comedy Finding Joy, written by and starring Amy Huberman, is now in production. The six-part series, produced by Treasure Entertainment, is being shot in Dublin. It follows a 34-year-old single woman, Joy, after a painful breakup who looks for happiness in all the wrong places. Aisling Bea, Laura Whitmore and Lochlann O’Mearain co-star.

The series is being produced by Rob Walpole and Rebecca O’Flanagan, directed by Kieron J Walsh (Jump, The Savage Eye) and director of photography is Cathal Watters (Peaky Blinders). RTÉ is co-producing with Acorn TV, which it worked with on such dramas as Striking Out and Acceptable Risk. Acorn will distribution the comedy in the US.