TV figures up in first quarter 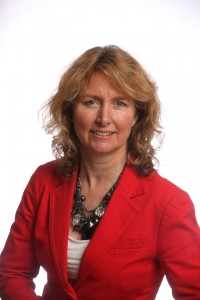 TV viewing figures for the first three months of 2013 show that Irish adults aged 15 and over watched TV for an average of three hours 49 minutes each day, three minutes more than the same period last year, Television Audience Measurement (TAM) Ireland reports. As much as 91 per cent (three hours 29 mins) of the viewing was watched as it was aired, while the other nine per cent (20 mins per day) was time-shifted.

Housekeepers continue to be among the heaviest viewers, watching for four hours and 29 minutes on average each day. Live viewing remains stable year on year, while time-shifted viewing has increased. TAM chief executive Jill McGrath (above) says it seems the more ways there are to view TV, the more it is consumed without affecting live TV viewing. The average Irish adult saw 43 commercials a day during the first quarter.

TAM Ireland is made up of most commercial broadcasters operating in Ireland, including RTÉ, TV3, TG4, Channel 4, BSkyB Ireland, UTV, Viacom and Setanta Ireland, along with all of Ireland’s major media buying agencies. Nielsen TV Audience Measurement is hired by TAM to conduct the actual tracking service.