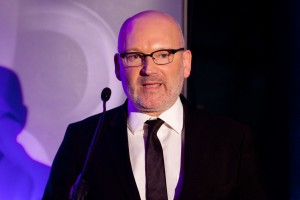 TV3 director of programming Ben Frow is returning to the UK and plans to leave the company at the end of the year. Frow, who joined TV3 in 2007, spearheaded the transformation of TV3 from an acquisitions-led channel to a distinctive Irish broadcaster. Among the shows he is credited with launching are The Apprentice, Come Dine With Me Ireland, Tallafornia, Midweek, Celebrity Salon, The Forgotten Irish, Deception (to air later this season), Animal A&E, The Truth About Travellers, Dublin Wives and The Tenements. He created TV3’s independent production unit and oversaw the re-branding of Channel 6 into 3e.

Frow launched six autumn schedules at TV3 and 3e and achieved strong audience growth over the five years. TV3’s chief executive David McRedmond said Frow left a major mark on Irish broadcasting. He said he was delighted to get him to come here and persuade him to stay for so long. “He’s leaving a talented team behind and a transformed schedule which we look forward to building on. While I am extremely sad that Ben is leaving TV3, he has all of mine and my colleagues’ gratitude and he leaves with our very best wishes.”

Frow said the last five years had been “exciting, demanding, challenging and often frustrating”. But they had also been some of the most rewarding and enjoyable of his career, thanks to the skill of “wonderful people” across TV3 and particularly his “talented and enthusiastic team” in the programme department. “It has been a privilege and a pleasure to have contributed to the growth and success of the TV3 group during my time as director of programming and it will always hold a special place in my heart,” Frow added.