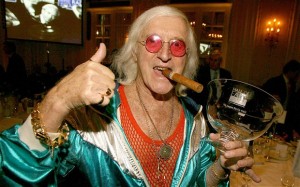 TV3 is to show ITV’s Exposure documentary into sexual abuse allegations against Sir Jimmy Savile tomorrow night. British police are now investigating claims made against the former Top of the Pops and Jim”ll Fix It presenter spanning six decades. The number of his likely victims is said to have risen to 60 over the weekend, making him one of most prolific paedophiles in British criminal history, the Sunday Times reported.

Savile’s media career started in 1958 as a deejay with Radio Luxembourg. He became one of Britain’s most colourful and eccentric TV personalities. A senior BBC executive said he questioned Savile over rumours about his private life more than 20 years ago.  Former BBC Radio 1 controller Derek Chinnery said when he asked him about the claims, he said “that’s all nonsense.”  Chinnery said there was no reason to disbelieve him.

Exposure goes out on TV3 at 10pm tomorrow, after RTE 2 shows Ireland”s World Cup qualifier against the Faroe Islands. It partly clashes with episode three of Homeland, which starts at 9.30pm on RTE 2.