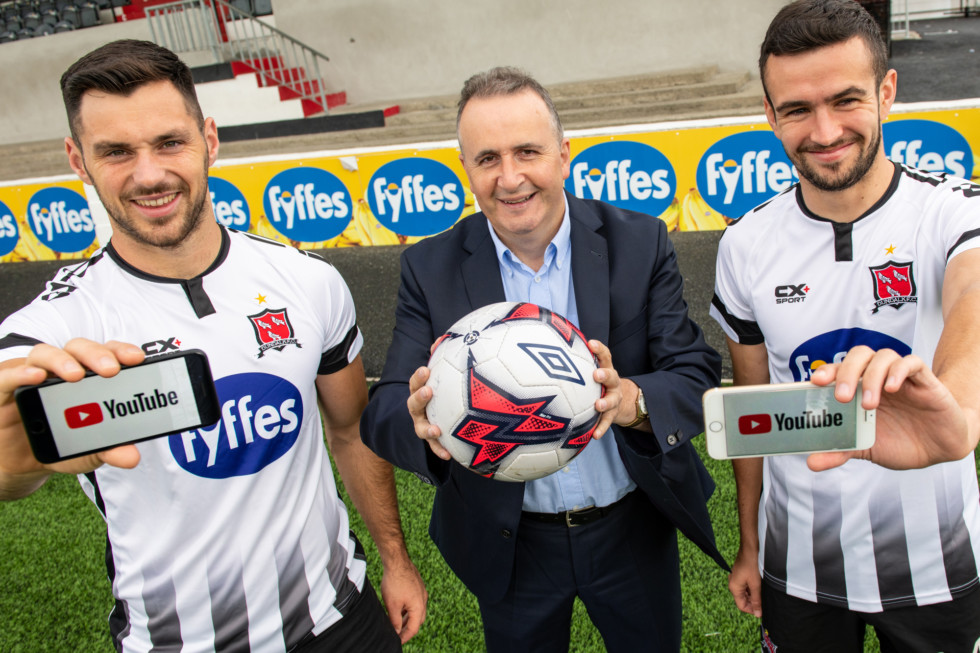 The story of Dundalk Football Club and its feats in domestic and European competitions continues to be told on film with the release of another video, funded by the club’s main sponsor, Fyffes. Entitled ‘The Next Chapter’, it is the fourth video in the series which has attracted over a million views across social and online media platforms to date.

The video is voiced by Vikings actor Moe Dunford.

Like its predecessors, it is shared on YouTube and other online channels, including Dundalk FC, Fyffes and sports websites. The storyline of the latest video deals with the club’s response to the challenge being set by rivals and its disappointment at having missed out on winning their fourth league title in a row last year.

Coverage is also given to the benefits their success has brought to Oriel Park in terms of player morale, team confidence and future development. ‘The Next Chapter’ can be viewed on YouTube via the following link… https://www.youtube.com/watch?v=3ozSrpmAWl8&feature=youtu.be