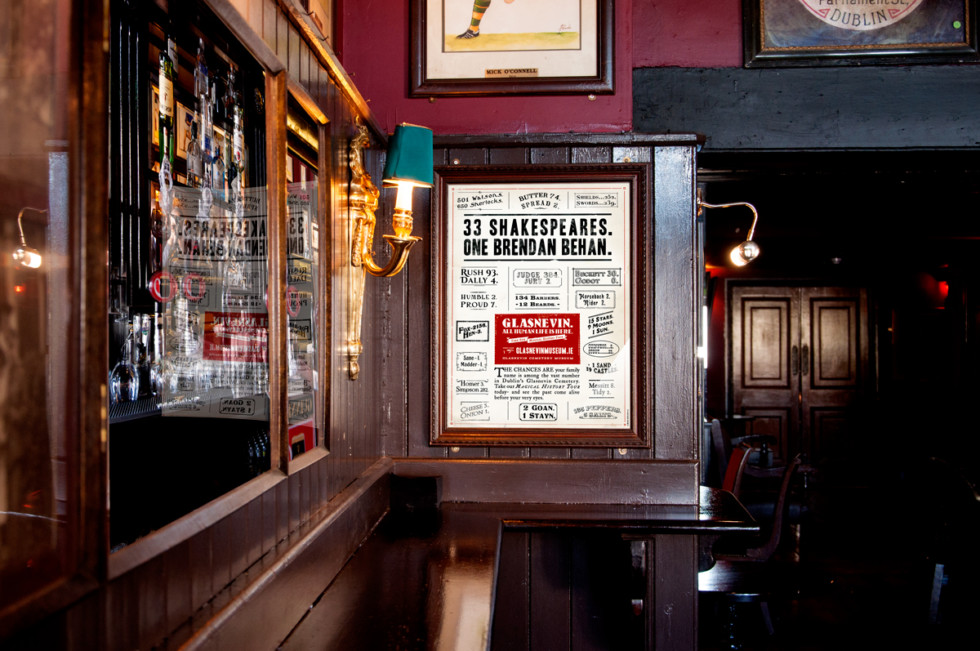 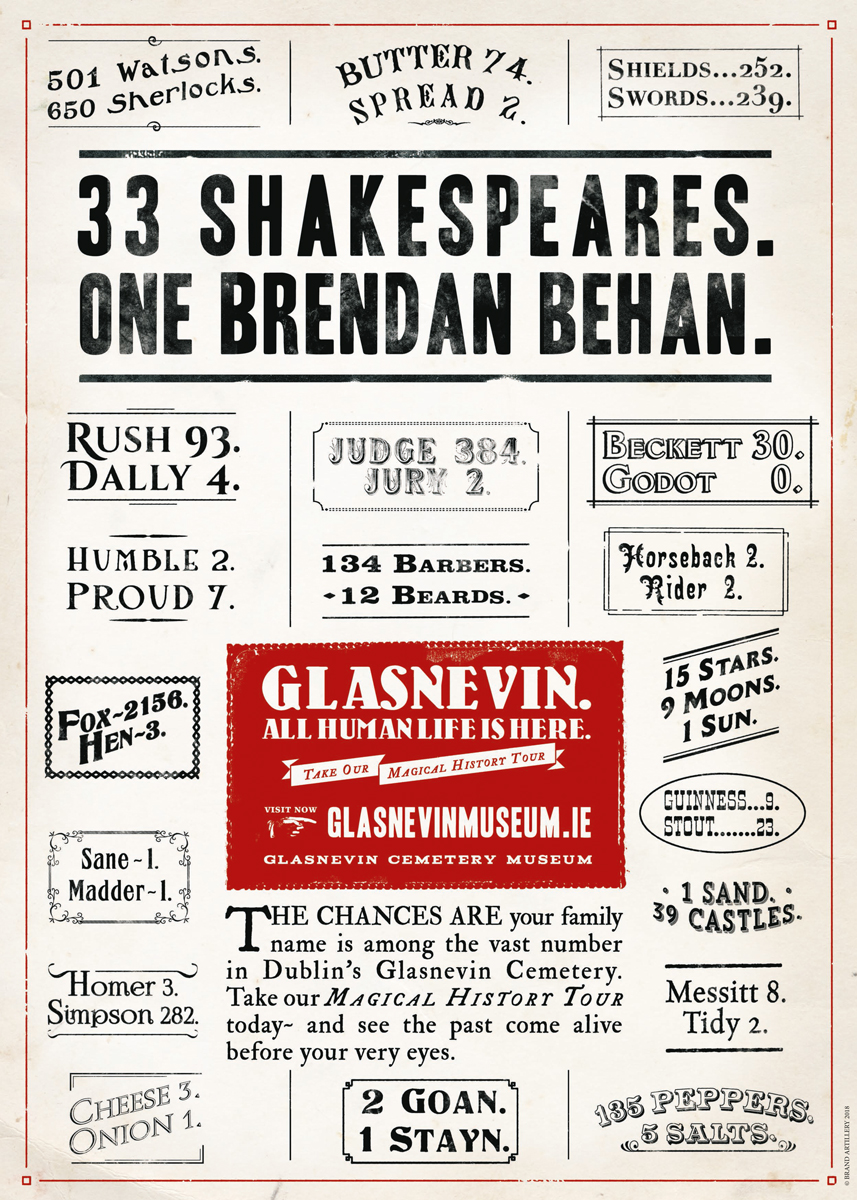 The much-acclaimed series of posters and press ads for Glasnevin Trust are now on sale online at Brand Artillery, with interest being shown from buyers in the US, US, Australia and France. The concept, copy and creative direction for the ads was by Eoghan Nolan, while Tony Purcell was responsible for the campaign’s design and typography.

The first edition of the Luke Kelly poster sold out after winning the only gold bell for Irish advertising presented at the ICAD awards in 2014. The new edition is updated in terms of the numbers of the dead as well as revamped styling. Nolan told Marketing.ie that four new posters have been added to the series and more are in the pipeline.

The two new editions mark the trust’s re-opening of the O’Connell Tower in Glasnevin Cemetery, 47 years after being closed following a bomb blast. As well as the new Luke Kelly edition, a second edition of the Michael Collins poster has been rolled out. The grave of the 1916 rebel leader is the most popularly visited plot in Glasnevin.

The two new posters feature both a story, ‘Monday Story’, and an image of the O’Connell Tower itself ‘Green Tower’.  The entire Glasnevin poster collection is lithographically printed on high grade paper. Part proceeds go to Glasnevin Trust and the posters are also for sale on the trust’s website and in the Glasnevin cemetery store.

A One Million Dubliners poster with any chosen name in the headline will also be on sale.

To see the full collection, go to artillerybrand.com