Greening idea goes bananas Down Under 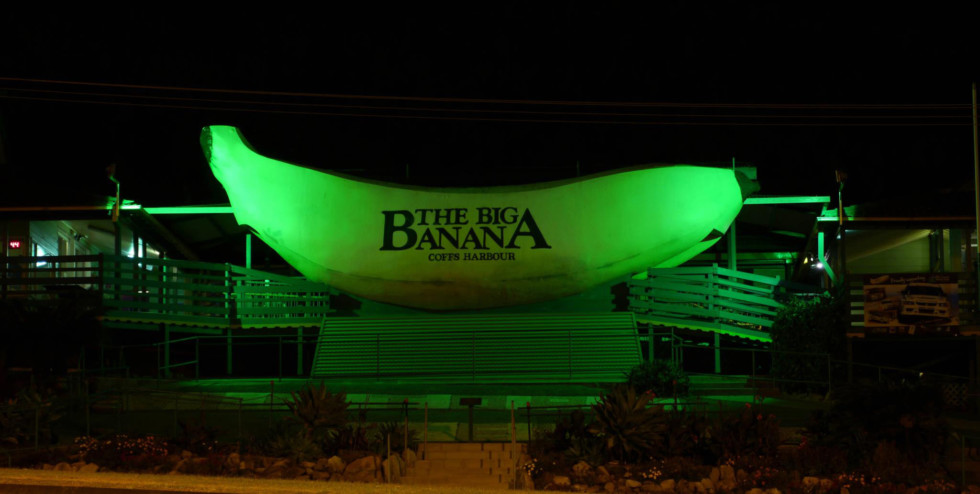 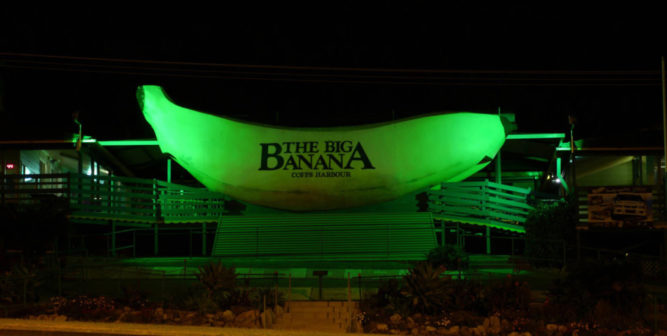 What do the Big Banana in Australia, an Ethiopian Airlines aircraft in Addis Ababa and two rhino statues in a Nairobi park have in common? They are just some of the more unusual participants in Tourism Ireland’s Global Greening initiative for St Patrick’s Day 2017.  From its launch back in 2010, the greening idea has gone from strength to strength.

It was then that the Sydney Opera House and the Sky Tower in Auckland went green and this year is the biggest Global Greening to date. Over 240 sites are already signed up to take part, with new sites coming on board daily. From Rome to Rio and from London to Las Vegas, many well-known buildings and sites worldwide will turn green this week.

The latest ‘greenings’ include some quirky places and things, including three of Australia’s famous ‘Big Things’ – The Big Banana, The Big Kangaroo and The Big Tasmanian Devil. So too, the two rhino statues, mother and baby Kyela and Lankeu in Nairobi National Park in Kenya. There’s the Big Nickel – a giant replica of the Canadian 5-cent coin from 1951, standing nine metres tall in the grounds of the Dynamic Earth science museum in Sudbury.

Others include the world’s biggest fiddle, the Big Fiddle of the Ceilidh on Cape Breton Island in Canada, the Kelpies horse head statues in Scotland, a troupe of Irish dancers on the London Underground, the Irish saxophone on the Charles de Gaulle bridge in Dinant in Belgium and an Irish-Finnish ice fishing championship in Tampere in Finland.

2017 is the eighth year in a row of the greening idea. New buildings and sites taking part this year include One World Trade Center in New York  – the main building of the re-built World Trade Center in New York and the tallest building in the West, the beautiful Petit Palais on the Champs-Élysées in Paris and the Magic Fountain of Montjuïc in Barcelona.