Grocers quite upbeat about economy 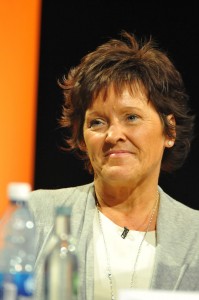 Some 41.3 per cent of delegates believe that the current upward only rent review legislation represents the biggest threat to survival for small businesses, with 38 per cent pointing to high commercial rates. A total of 60 per cent believe the easing of the cap on retail development is bad for retail, with one in four saying it was good.

Some 70.5 per cent believe there is too much retail space available in the market juts now, with 3.1 per cent saying there was “too little”. More than one in three brand owners say that private label is the biggest threat to a brand’s market share and one in four retailer terms and conditions, while 17.2 per cent say competitor NPD.

Lastly, the delegates’ survey indicated that 64.4 per cent believe that aside from location, best value is the main driver for a consumer deciding to shop in one store over another. Some 13.3 per cent of delegates say the main driver was lowest price, 11.1 per cent say customer service and 7.4 per cent differentiation.