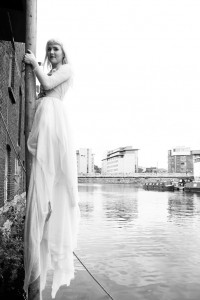 Diageo has announced details of its new Arthur Guinness Projects (AGP) campaign which debuts on RTE 1 at 7.45pm tonight. AGP aims to celebrate the next generation of creative talent in Ireland. Devised by London agency AMV BBDO, the ad was shot in Ireland and showcases AGP applicants from the worlds of food, arts, sport and music; people whose ideas and passion are said to be shaping Ireland’s culture and identity.

Directed by Dubliner Joanna Bailey and produced by Russ Russell of Russell Curran Productions, the ads capture creative and talented people in moments of artistic expression. Shot at various locations across Dublin, including Sandymount Beach, the ads feature dancers, musicians and visual artists to a chef, poets, a fashion designer and circus performer, all of whom portray the wide-ranging creative talent in Ireland today.

The TV campaign, which includes two 30” TV versions, also has an original music track, Dominoes, from Irish rapper and AGP applicant Elaine Harrington, aka Temper-Mental MissElayneous, who also features in the TV campaign. Together with a mentoring and promotional programme, AGP will invest €3 million in people and their projects across Ireland over the next three years, with up to 20 projects rewarded annually.

Voting on the projects is open until this Friday at www.ArthurGuinnessProjects.com