Healy to head up 2FM 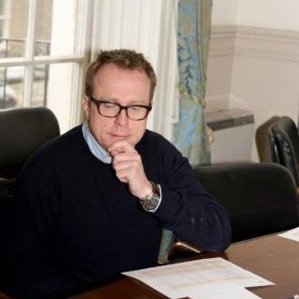 One of the most widely known and respected names in local radio Dan Healy has quit as boss of Independent Radio Sales (IRS) to head up 2FM at RTE. Before taking over from John O’Connor at IRS three years ago, Healy was a founder of iRadio, which won the competition for licences for the north west and north east in the 18-35 age group. He replaces John McMahon at 2FM who quit the post after deciding not to renew his contract.

Healy joined Denis O’Brien’s 98FM as sales manager and became CEO in 1999. In 2003, he joined Newstalk as chief executive following the departure of former McConnells media boss Aidan Dunne. By joining 2FM, Healy will again work with RTE’s commercial director Willie O’Reilly, who was boss at Today FM at Communicorp. As IRS boss, Healy and the board helped turned around a loss maker to profit.

Radio Kerry chairman and IRS executive chairman Tim O’Keeffe said it was with “deep regret” that he accepted Healy’s resignation. “While we are extremely sorry to lose him, we wish him well and success in his new role,” O’Keeffe said. “We have gone from a loss to profit-making situation in the space of two years. We are in a far better place today than we were when he joined and we are immensely grateful for that.”

IRS was recapitalised in 2011 and Healy launched Ireland FM. The changes enabled IRS to turn a profit in 2011 and 2012. In the first quarter of 2013, sales are ten per cent up against a market decline of five per cent. Healy said he leaves IRS with many regrets as it was a pleasure to work with the board, his team of 12 professionals and with the stations that use IRS services. “It was a difficult decision,” Healy added, “but my appointment as head of 2FM is an opportunity to make a further contribution to the Irish broadcasting industry at senior level.”

Healy has his work cut out for him as 2FM struggles to hold on to audiences, particularly in Dublin.