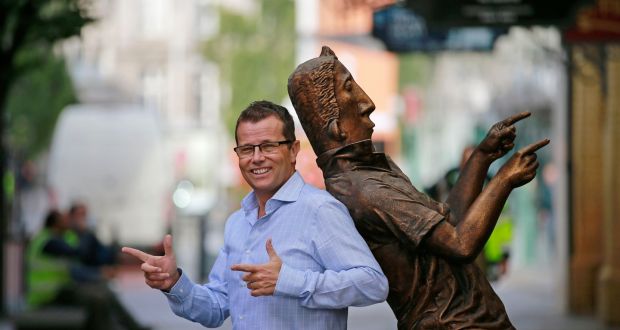 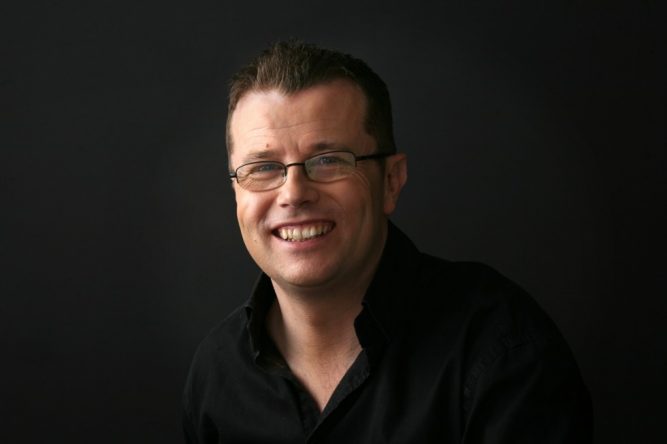 Irish novelist, journalist and comedy writer Paul Howard will be the guest entertainment act at the Marketing Society Christmas lunch. Howard is undoubtedly best known for creating the cult character, Ross O’Carroll-Kelly, a fictional rugby jock whose exploits have been the subject of 19 novels and two other books that sold over 1.5 million copies.

He was named NewsBrands Ireland’s columnist of the year in 2013 for his weekend column in The Irish Times magazine. He is the author of four plays – The Last Days of the Celtic Tiger, Between Foxrock and a Hard Place, Breaking Dad and Postcards from the Ledge – as well as the puppet-based Anglo the Musical and Copper Face Jacks: The Musical.

His first non-Ross-related venture into fiction: Triggs – The Autobiography of Roy Keane’s Dog – was a bestseller in 2012 and short-listed for an Irish Book Award (IBA). He is a record four-time IBA winner, collecting the best popular fiction prize in 2007 for Should Have Got Off at Sydney Parade, The Oh My God Delusion and Downturn Abbey.

He then won the non-fiction book of the year in 2016 for Tara Browne’s biography, I Read the News Today, Oh Boy. He has written comedy for radio and TV and was involved in the series of two RTÉ comedy sketch shows, Irish Pictorial Weekly and the Mario Rosenstock Show. He was twice nominated for an Irish Film & Television Award (IFTA).

Howard worked for 16 years as a journalist, mostly for The Sunday Tribune, first in news and later as a sportswriter. He was chief sportswriter at the Tribune and one of the first to question the achievements of Ireland’s Olympic swimmer Michelle Smith de Bruin. He covered two Olympics, a World Cup and other major international sporting events.

His non-fiction books include The Joy, an account of life in Mountjoy Prison, The Gaffers: Mick McCarthy, Roy Keane and the Team They Built, detailing the McCarthy-Keane clash in Saipan before the 2002 World Cup. He also ghostwrote the autobiographies of boxer Steve Collins (Celtic Warrior) and broadcaster George Hook’s Time Added On.

In September of this year, he was the subject of an hour-long RTÉ documentary called We Need to Talk About Ross, produced by Adrian McCarthy of Wildfire Films. He has co-written a children’s book with former rugby player Gordon D’Arcy called Gordon’s Game. The Marketing Society Christmas lunch is in the Shelbourne Hotel on Friday, December 6.

The lunch will be preceded by the Research Awards.