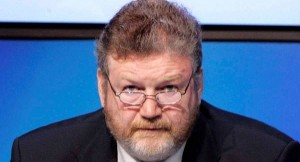 Aegis-owned Carat has won the Health Service Executive (HSE) media buying and planning following a three-way competition with Group M’s Mindshare and the incumbent, Core Media’s MediaVest. The HSE is Ireland’s publicly-funded body responsible for the provision of universal health and personal social services. The executive was established by the Health Act 2004 and officially came into operation at the start of 2005.

The HSE replaced the country’s 10 regional health boards, the Eastern Regional Health Authority and various other agencies. Minister for Health Dr James Reilly TD (above) is responsible for the HSE in government. The executive is Ireland’s largest employer with over 67,000 direct employees, and another 40,000 in funded health care bodies. It has an annual budget of over €13 billion, the country’s biggest publicly-funded service.

While HSE billings figures were not disclosed, a spokesman for Carat described the win as “sizeable”.