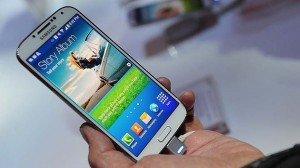 Starcom and RTE Digital have jointly launched an innovative ad control format for the new Samsung Galaxy S4 smartphone on the RTÉ Player. Layering the ad to provide an experiential element for the audience across social media options extends the Samsung Galaxy S4 story. Hailed by the IAB as a “rising star”, the ad format provides for engagement across social media and allows ads to be interactive without affecting video content, maximising the display collateral, while providing real-time experiential collateral for the user.

Cosette Byrne, marketing manager, Samsung IT & Mobile Ireland, said they wanted digital ads to reflect the Galaxy S4’s innovative features. The ad control bar on RTÉ Player offers the opportunity to talk directly to consumers and incorporates Facebook, Twitter and the Samsung website into the TV ad. Astrid Brett, client associate, Starcom, said the idea stemmed from a global example they saw. The Galaxy S4 has proved a phenomenon in the world of Android phones, selling 10 million units globally since its launch on April 27.

That works out at four units per second, twice the rate of its closest Android rival, the HTC One.