Image Now branding and film production has acquired the DirectBrand digital agency for an undisclosed sum. The deal allows DirectBrand, founded by Stephen Stynes, to operate independently as part of the Image Now group. Stynes, who worked for Owens DDB and spent some time in Spain before setting up DirectBrand 11 years ago to provide direct marketing services, will join the Image Now board. 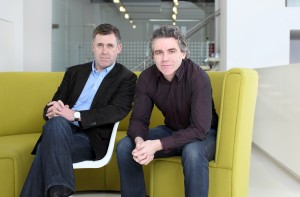 Image Now has worked for Bord na Mona, Eircom, Riverdance, TV3, DAA, Dublin Bus and London Transport. It was co-founded as a design agency 20 years ago by managing director, Darrell Kavanagh, a graduate of the College of Marketing & Design. Kavanagh, 42, says the industry has seen major change. “We’ve led through the adoption of technology and we’re delighted to add full digital expertise,” he added.

Founded in 2001, DirectBrand’s clients include Eircom, Microsoft, VHI, Bord Bia, RTE and the Irish Cancer Society. Image Now is in post production with The Summit, a feature-length documentary about how 11 mountain climbers lost their lives on K2 in 2008, including Limerick man Ger McDonnell.

Funded by the Irish Film Board, RTE, the BBC and the Broadcasting Authority of Ireland (BAI), The Summit was made with the consent of McDonnell’s family. It includes interviews with the survivors of the tragedy, as well as the lead sherpa on the expedition. It cost €1 million to make and will be released in July.