Omnicom’s OMD has again been ranked by the Gunn Report for Media as the most creative agency network based on award winners lists worldwide. OMD, which topped last year’s league with 176 points, has held the number one spot since the report’s launch in 2004. Mindshare was in second place with 161 points. 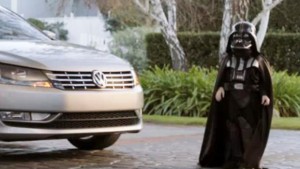 Starcom ended up third with 142 points. WPP’s Group M emerged as the top media holding company with 513 points, followed by Omnicom Media Group with 412 points and Publicis Groupe Media on 343 points. Coca-Cola was named advertiser of the year for its media creativity, followed by VW (above) and McDonald’s.

Unlike purely creative advertising campaigns, media campaigns vary from one country to another. Not many are Europe-wide and even fewer are multinational. To ensure a balanced selection, the Gunn Report for media only highlights campaigns that got significant points and which won awards in five or more festivals.

The client list included 4th Amendment Wear, American Express, Bing with Jay-Z, Gatorade, Tesco and WWF (World Wildlife Fund). The US was the top country for media awards, followed by Germany and the UK.