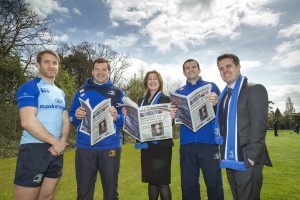 The Friday supplement  features information and updates on Leinster Rugby from schoolboy teams to professional level. There are diaries by Shane Jennings, Mike Ross and Fergus McFadden. The supplement also includes ticket promotions and competitions, reader experiences and game commentaries.