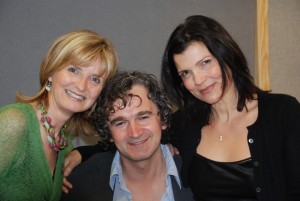 Eamon Keane has left Newstalk 106-108 amid speculation that he is to rejoin RTE. Keane has presented Lunchtime on the talk station. The latest JNLR indicated that his two-hour show averaged 68,000 listeners, up by 12 per cent. Son of actor Eamon Keane and nephew of Kerry playwright John B Keane, his brother is BBC journalist Fergal Keane. A statement on the presenter’s future plans is to be made next week.

It is thought that Ivan Yates, the former Fine Gael government minister and founder of Celtic Bookmakers, who co-presents Newstalk’s breakfast show with Claire Byrne, may replace Keane on the lunchtime slot.