Speculation about McConnells clients as 20 jobs are axed 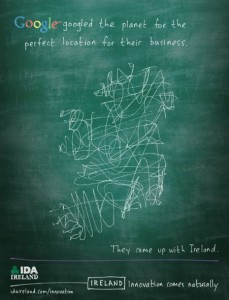 IDA Ireland has asked agencies to pitch for its creative account

There is increased speculation in adland today as to which major accounts at McConnells might go out for pitch in the coming weeks after the agency made 20 of its employees redundant. The move did not come as a surprise in the agency as it follows a staff meeting this week which had been scheduled for some time.

A number of McConnells clients are seeing agencies in the coming weeks, including the ESB, the IDA and BMW.  There have also been rumours circulating about the future of Britvic, whose brands include Ballygowan and Club Orange soft drinks. Today’s job cuts means that McConnells now has 50 staff.

Lynch will have a business development role at Focus and will service accounts previously handled by Ciaran Stacey. Stacey has quit advertising altogether. The Boys and Girls agency, whose directors include a number of McConnells defectors, will continue chasing accounts from their alma mater.

Boys and Girls has been on a roll in recent months and have won Superquinn and the Supermac’s fast food chain in hotly contested pitches. The business they have taken from McConnells includes Dundrum Town Centre, Powers whiskey, John West canned foods and Unilever’s Surf brand.