Killane to head up RTE Television 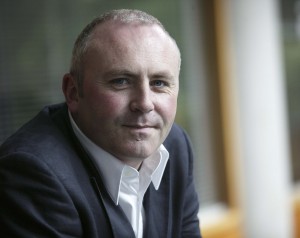 Glen Killane has been appointed managing director of RTE Television in place of Noel Curran who is leaving the national broadcaster to work in independent productions. Killane has been group head of RTE Sport since 2006. He takes up his new post on June 1st and will report to RTE director general, Cathal Goan.

Killane trained as a TV producer and director with the BBC and helped set up the live football production arm of ITV Digital as editor of live football. Since joining RTE, he has been series editor of the Sunday Game and led production of major sporting events and the integration of RTE sports services.

As to other candidates for the job, there was speculation in recent weeks that among those in RTE that may have thrown their names in the hat were Clare Duignan, managing director of radio; Dermot Horan, director of broadcast and acquisitions and Steve Carson, director of programming.

It was also rumoured that Geraldine O’Leary, commercial director TV, might have applied for the job. Names from outside of Montrose that were mentioned included David McRedmond, chief executive, TV3 and Niall Cogley, RTE’s former head of sport who is CEO at Setanta Sport.