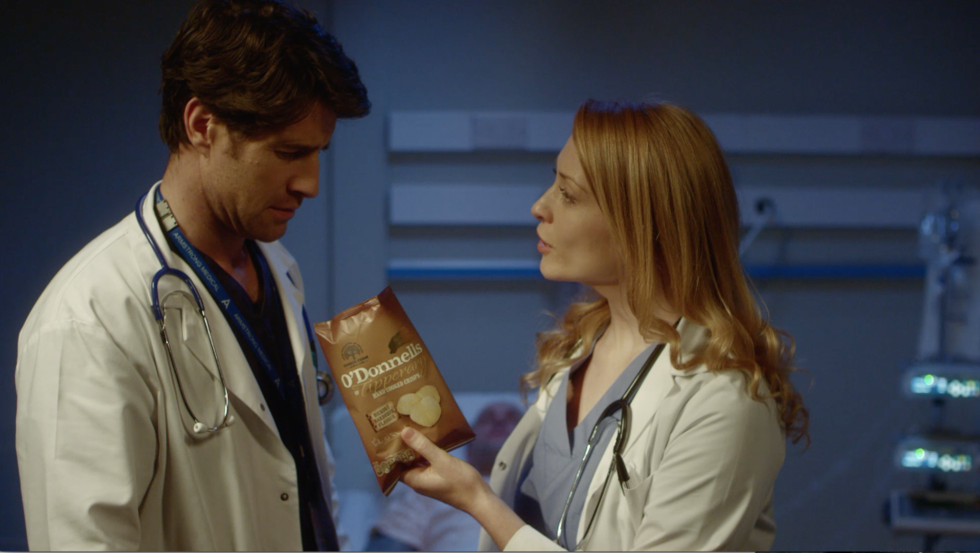 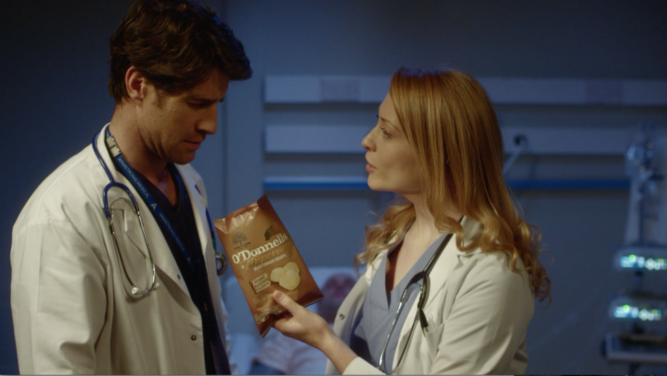 O’Donnells crisps is the new season sponsor of the Grey’s Anatomy hospital drama on RTE 2. The deal involves seven-second and 10-second stings created by RTE AdLab and directed by Cathal Watters who made the fourth series of Peaky Blinders for the BBC. In the stings, Gráinne is someone whose love for O’Donnells ‘Taste Above All Else’ crisps knows no bounds.

O’Donnells founder Ed O’Donnell has a cameo, appearing in a hospital bed.

Shot in RTE, the stings go out on RTE 2, RTE Player and on O’Donnells’ social media pages.