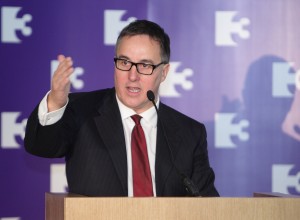 TV3 chief executive David McRedmond is among the speakers who will address a public meeting on standards and ethics in Irish media hosted by students of Griffith College this Wednesday. The event will discuss issues such as the RTE Frontline ‘tweet-gate’ and the Primetime investigation into Fr Kevin Reynolds.

The debate gets underway at the college’s conference centre on Dublin’s South Circular Road at 7pm.