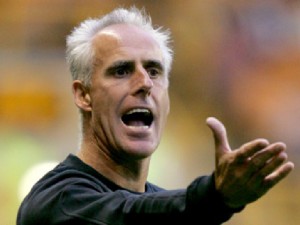 Former Republic of Ireland captain and manager Mick McCarthy will address marketers at an event in Dublin in early July. The Wolverhampton Wanderers manager will talk about the ups and downs of professional football, the changes and innovations the game has undergone in recent years and will provide insights into how a club of modest means survives the rough and tumble of competing in the Barclays Premiership.

McCarthy played as a defender for Barnsley, Manchester City, Glasgow Celtic, Lyon and Millwall and won 37 international caps for Ireland. Before joining Wolves, he was manager of Millwall, Sunderland and the Republic of Ireland. He has worked as a TV pundit and commentator and last year was part of the BBC team covering the World Cup in South Africa. He will be introduced by his business advisor and friend Liam Gaskin.

Gaskin’s agency eMerge Marketing Communications is organising the talk, run in association with Marketing.ie. It will be held in the Clarion Hotel in Dublin’s IFSC from 5pm to 6.30pm on Wednesday, July 6 2011. Limited to 80 guests, marketers interested in getting a ticket for the talk should email Liam Gaskin at liam@emergecommunications.ie by Monday, June 27th.