U2 Glastonbury gig on Setanta 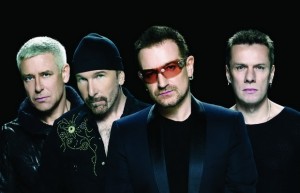 Setanta Sport is to broadcast live uninterrupted coverage of the U2 concert from Glastonbury on Friday night. The gig, which is scheduled to run from 10pm until midnight, will be the band’s first festival performance since the 1980s. For TV viewers who do not have access to Setanta, the signal will be unencrypted. Setanta’s marketing director Brian Quinn told The Irish Times the gig was “a unique departure” for the company.

The broadcast rights were awarded to Setanta after U2’s management said they wanted an Irish broadcaster to rebroadcast the BBC pictures. Music promoter Denis Desmond’s Gaiety Investments has a 60 per cent stake in the sports channel, with the remaining 40 per cent owned by Sabloss directors Michael O’Rourke, Leonard Ryan and Mark O’Meara. Desmond and U2 manager Paul McGuinness are backers of Phantom 105.2.