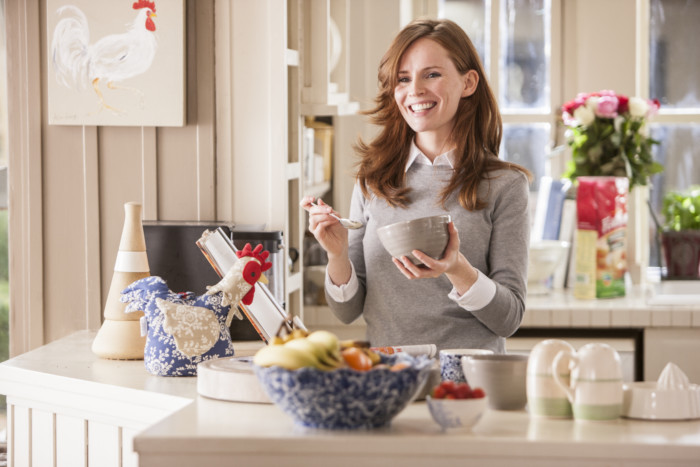 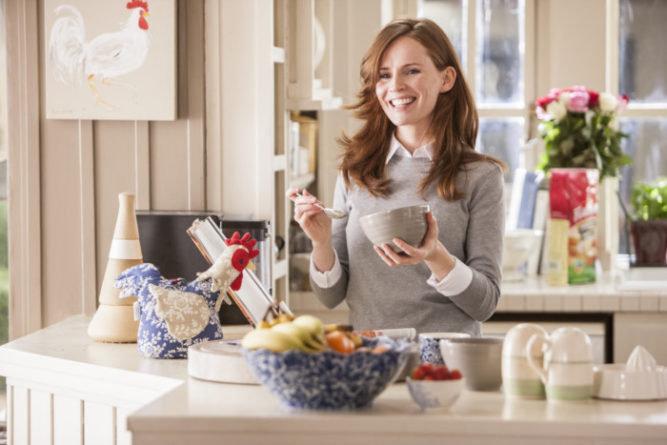 A Bord Bia study shows that 87 per cent of Irish people have breakfast every day with the rate rising to to 89 per cent at weekends. Paula Donoghue, Bord Bia’s consumer insight manager, said it seems the assertion that breakfast is the most important meal of the day still rings true in Ireland – despite our busier lifestyles. The Red C study with 2,700 adults found that the most important breakfast consideration is health and most people eat breakfast at home.

Almost one in four of 2,700 adults interviewed change their breakfast choices for health reasons, with 44 per cent cutting back on sugar while 13 per cent try to reduce carbohydrates. Bord Bia’s Breakfast Club research was launched with a presentation to over 50 Irish producers, including Flahavans, O’Brien Fine Foods and O’Egg. People are multi-tasking as two in five Irish adults (41%) check emails and social media while eating breakfast.

At least one in five people use the time to take daily vitamins, while watching TV, finishing household chores and getting the kids ready also features highly. Bread and toast is Ireland’s favourite midweek breakfast for one in three people. One in four opt for porridge, cereals scores 19 per cent, eggs 18 per cent and fruit 17 per cent. Tea is the preferred drink at home for 44 per cent of people during the week, with coffee on 28 per cent.

Water and fruit juice are at 12 per cent and nine per cent respectively, while just four per cent of people drink a fruit smoothie they have made themselves. Half of all breakfasts in Ireland are eaten between 8am and 10am. On average, Irish people spend six minutes eating breakfast during the week and 16.3 minutes at the weekend. Half of us never eat in the morning and most of them are single and young settlers (aged between 21 and 29).

Half of Irish people eat breakfast alone, while one in four are under time pressure and stress while eating in the morning. To some extent, breakfast is a predictable occasion, as three in four are certain or pretty sure what they will eat tomorrow. Only seven per cent of Irish adults vary their breakfast during the week but this jumps to 18 per cent at the weekend.

The survey also included interviews with 800 Irish youngsters. In line with adults, 85 per cent of Irish kids also eat breakfast at home. Cereal was found to be the top choice for kids followed by toast or bagels and porridge. Parent’s choose their kids’ breakfast items as “they know the children will eat it” and “to get something into them”.

The rise of the ‘al desko’ breakfast is becoming more prominent with people facing longer commutes to work. Some prepare breakfast at home and eat it in the office, while others find new and innovative ways to prepare their favourites at work. There is a desire to keep to a healthy diet, with many turning to protein shakes to keep them on track while current on-the-go options, such as cereal bars, are rejected due to high sugar and fat levels.

For the full survey, visit www.bordbia.ie/BreakfastClubReport.