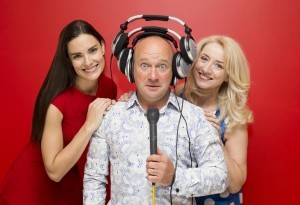 Ireland’s first all digital pop-up radio station will be launched next week by St Patrick’s Mental Health Services. The first of its kind to broadcast in the country, Upbeat On Air has launched the search for Ireland’s most feelgood song as part of its campaign to promote positive mental health and well-being. The campaign will be the first pop-up station promoting positive mental health during Mental Health Awareness Week in October.

A number of celebrities and mental health advocates have been invited to contribute to the scheduled programming. Sarah Surgenor, communications manager, St Patrick’s Mental Health Services, said the concept of Upbeat On Air was developed as they looked for an innovative and creative way to get people talking about mental health. The station will be on air for 70 hours during Mental Health Awareness Week.

Nominations for the best feelgood song can be made online at www.upbeat.ie.

Shortlisted songs will be played on the station throughout Mental Health Awareness Week which starts on October 6. News about the pop-up radio station and song choices will be shared on Facebook and Twitter with the hashtag #imlistening. The station will be launched in St Patrick’s University Hospital next Tuesday.

Pictured above are Alison Canavan, Alan Shortt and Teresa Lowe.