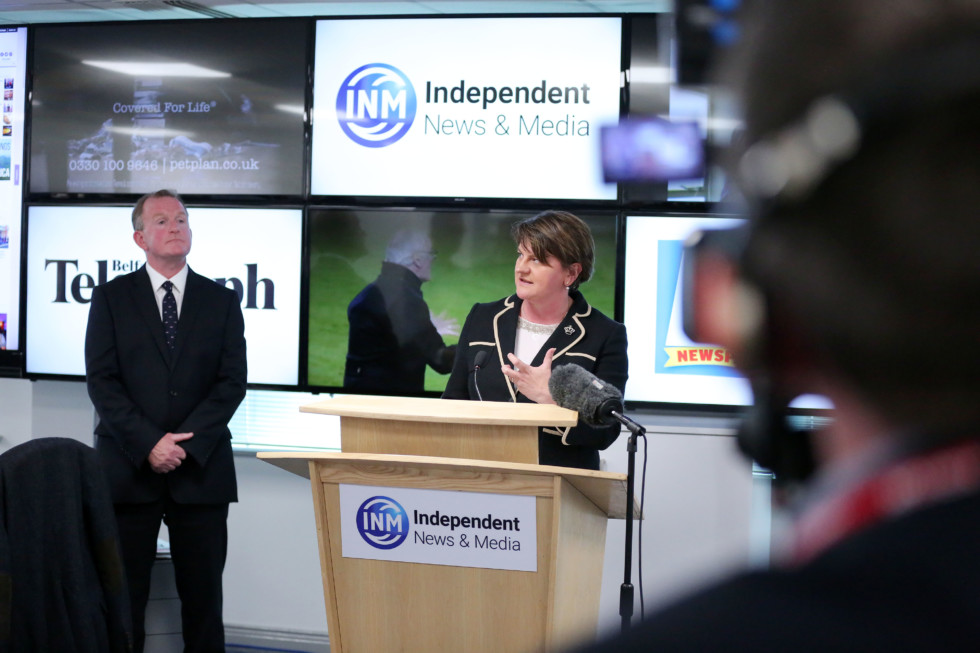 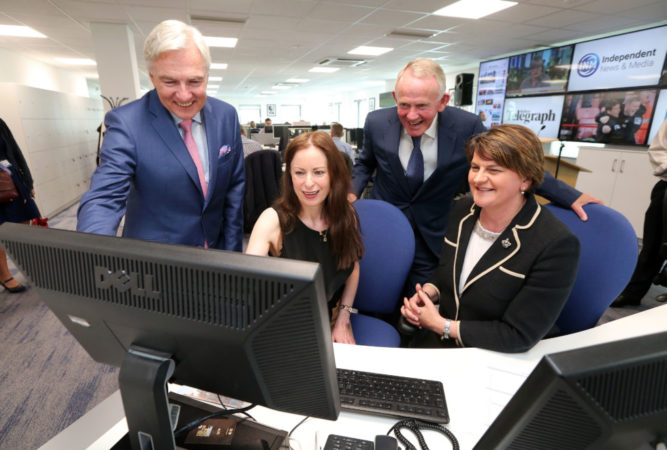 Northern Ireland First Minister Arlene Foster officially launched the new headquarters of Independent News & Media (INM) in Belfast. Officially opening the state-of-the-art facilities, Foster said she was proud to help celebrate “this momentous occasion” marking 146 years ago to the day since the first ‘Tele’ was sold from news stands on the streets of Belfast.

Foster said while the move from Royal Avenue to Clarendon Dock was tinged with sadness, the new HQ puts the company at the forefront of delivering news. INM now has the print and digital news operations of Belfast Telegraph, Sunday Life, belfasttelegraph.co.uk and the Sunday World North’s edition under one roof – along with the group’s magazines.

INM’s magazines comprise Ulster Business, Northern Woman, Ulster Grocer and Hospitality Review NI.  The Belfast HQ opening coincides with INM’s purchase of Celtic Media Group (CMG) for an undisclosed sum but believed to be around €3 million. CMG was owned by Scottish media group Dunfermline Press up to four years ago.

Dunfermline spent €65m on six titles between 2002 and 2014. Management, led by former Irish Independent business editor Frank Mulrennan, bought the business out of receivership for €5.5m and later added the Connaught Telegraph. The other regionals include the Anglo Celt, the Meath Chronicle, the Offaly Independent and the Westmeath Examiner.

CMG also publishes the bi-weekly newspaper and website Your Forum. INM already has 13 regional titles, so the latest acquisition brings the group’s regional stable to 20. However, the deal does require the approval by both the Competition and Consumer Protection Commission and the Minister for Communications, Denis Naughten TD.