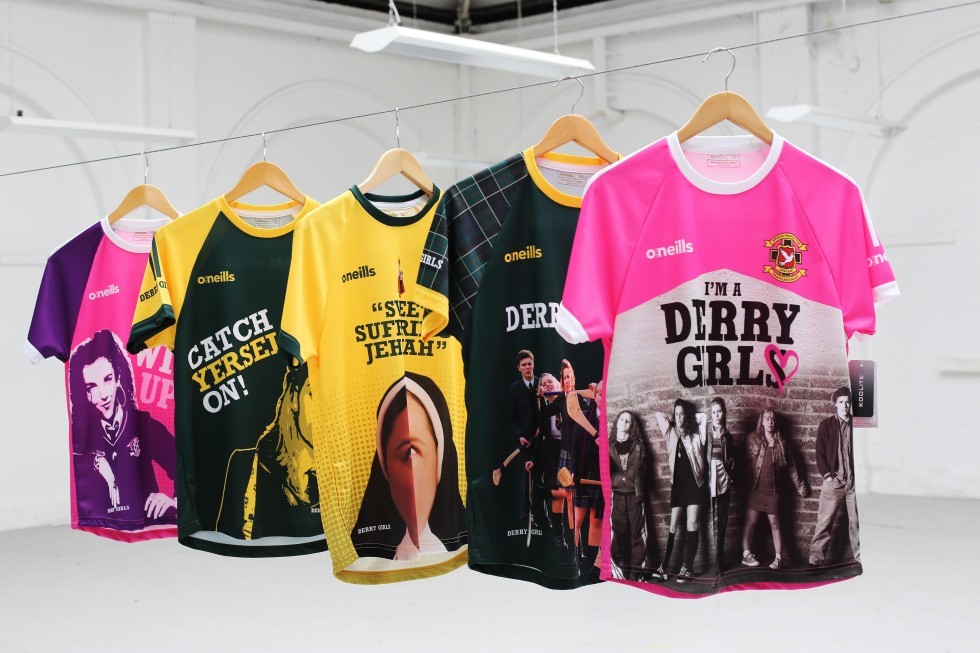 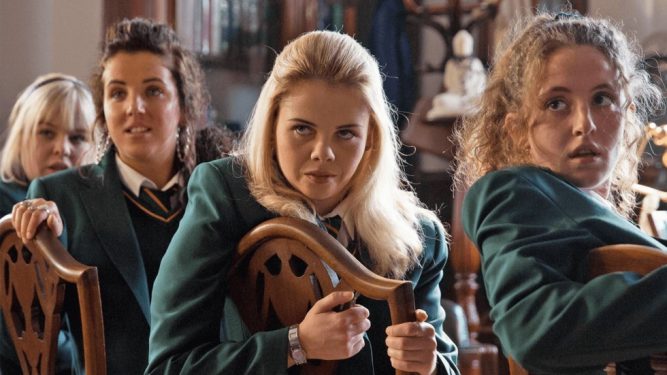 Derry’s shirt factories have been immortalised in song and poetry, not least in Phil Coulter’s famous ‘The Town I Love So Well’. Now sportwear brand O’Neills is keeping the city’s famous shirt making tradition alive and well in the North West by rescuing the city’s Smyth & Gibson factory which produces the jerseys worn by the cast of the Derry Girls comedy.

The factory’s closure was announced in May with the loss of 34 manufacturing jobs.

O’Neills, who employ over 900 staff on the island of Ireland, immediately took on 20 workers who were facing redundancy from one of the last traditional hand-made shirt firms in Ireland and the UK, which had been in business for over 25 years. O’Neills initially planned to add the staff to its 700-strong workforce at its manufacturing HQ in Strabane.

However, O’Neills took the decision to help save the last remnants of Derry’s centuries old shirt-making tradition by breathing new life into the restored former railway station building at Victoria Road. In a virtually seamless transition, staff have been busy working on the new Derry Girls jerseys for O’Neills which opened its superstore in the city’s Waterloo Place last year.

The worldwide smash hit Channel 4 series, which is also available on Netflix, is being immortalised in the jerseys with the famous local colloquialism, ‘Catch Yerself on!’ quoted regularly by Erin O’Connor; and ‘Wise Up!’ now synonymous with lead character Michelle Mallon. A jersey declaring ‘I’m a Derry Girl’ has an image of the four main characters.

Other jersey themes include ‘the wee English fella’ and ‘Derry Hurls’. With a third series on the way, O’Neills expect the order book to be full for the foreseeable future. The jerseys are on sale at the O’Neills Superstore in Derry, Strabane Superstore on the Dublin Road Industrial Estate and the Magherafelt Superstore in the Meadowlane Shopping Centre.