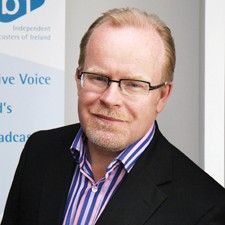 Willie O’Reilly has quit as chief executive of Today FM to take up the newly-created job of RTE group commercial director. As a member of the executive board, he will report to director general Noel Curran and will be in charge of all the divisional and cross-divisional commercial staff and operations in Montrose.

Before moving to Today FM 12 years ago, O’Reilly worked as executive producer on the Gerry Ryan Show on 2FM for ten years. He is a former president of the Institute of Directors (IoD) and recently graduated as a chartered director. He was also a board member of the Health Service Executive (HSE).

As chairman of the Independent Broadcasters of Ireland (IBI), the representative body for commercial radio stations, he regularly clashed with RTE. He stoutly defended his recent decision to replace journalist Sam Smyth as presenter of the Sunday Supplement. O’Reilly will take up his new post in January.

Following the news that O’Reilly is set to rejoin RTE, Paddy Power has made Newstalk’s Frank Cronin 3/1 favourite to replace him. Today FM’s finance director Paul Lynch is the 7/2 second favourite, ahead of 98FM boss Chris Doyle and FM104 boss Margaret Nelson, both at 5/1.