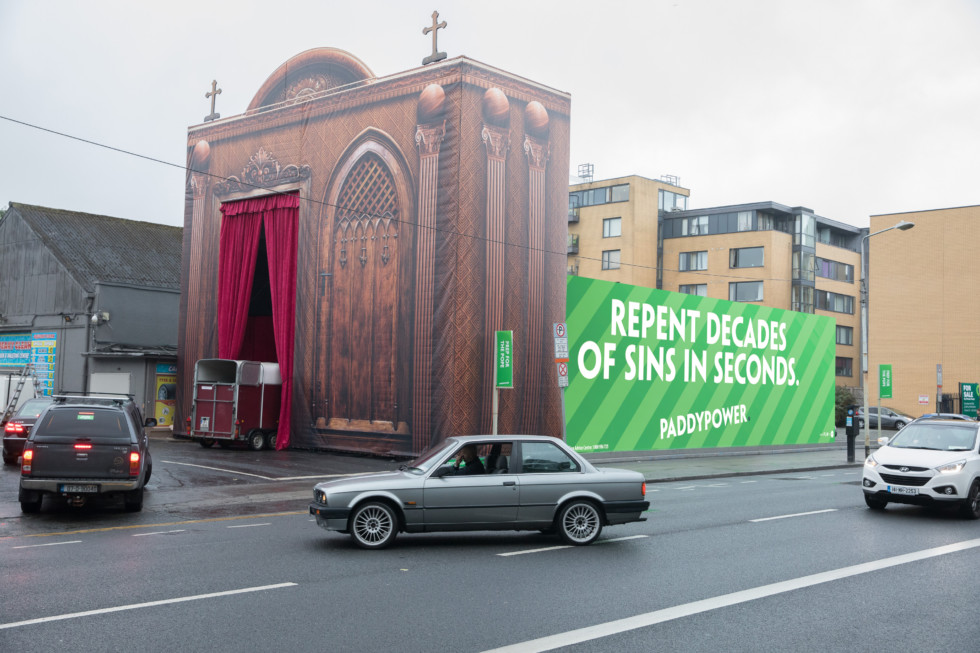 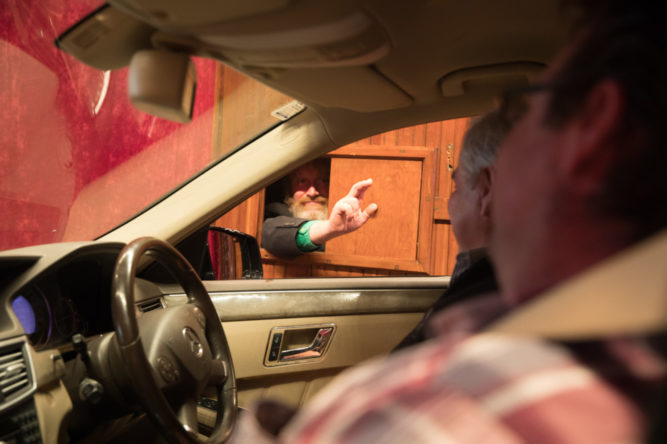 Betting firm Paddy Power has erected a giant drive-thru confession box to “help the people of Ireland repent decades of sins in seconds” ahead of the Pope’s visit this weekend. PP have built the 13-metre-wide x 12m high x 26m high structure near the Phoenix Park in Dublin, where crowds of up to half a million are expected this weekend for the Papal Mass.

The activation was created for Paddy Power by The Public House.

A survey revealed that over a quarter of Irish people have not attended confession in a decade or more. Almost 80 per cent said they do not go to confession once a month and a further 29 per cent disclosed that it was so long ago, they cannot recall when they last confessed. When asked if they found it convenient to attend confession, 61 per cent said no.

A further 15 per cent said it could be improved. “The drive-thru will help people clear their conscience on the go, taking them from sinner to winner in a flash,” a Paddy Power spokesman said. “Ireland has changed a lot since the last Pope’s visit – gay marriage is legal, we’ve repealed the Eighth and even secretly cheered for England in the World Cup.”