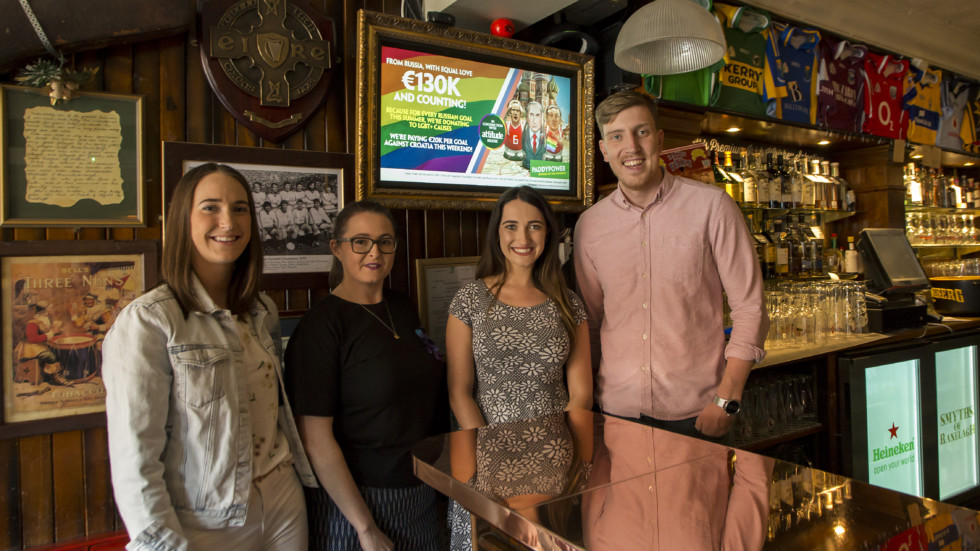 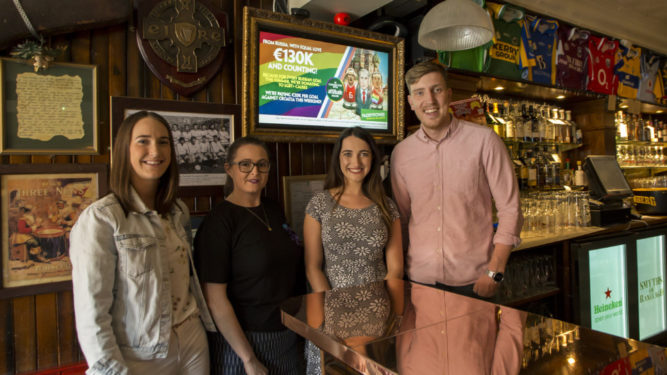 Paddy Power Bookmaker teamed up with OMD and Wide Eye Outdoor during the FIFA World Cup to promote its innovative Gay Goals campaign in pubs in Ireland. Every time Russia scored a goal, Paddy Power donated £10,000 to LGBT+ charities to challenge prejudice on and off the field. Paddy Power worked with Attitude magazine’s foundation.

The cash also went to support footballers and those in the game in coming out, fund educational programmes in schools and colleges and make grass-roots teams safe spaces for LGBT+ players. OMD worked with Kinetic and Wide Eye Outdoor to run the campaign across the Social D and Window D digital screens on Wide Eye Outdoor’s pub network.

It included running the Gay Goals ad copy every time Russia was playing.

Paddy Power’s Orla Cleary said they were delighted their ‘accidental allies’, the Russian football team, managed to hang in there for so long at the World Cup, thereby raising £170,000 for LGBT+ causes. “When we first launched the campaign, we were sceptical of the home nation, and tournament’s lowest ranked team’s chances so we pledged to donate a minimum of £50,000, but they smashed that out of the park in the first match,” Cleary said.

“As we saw the donations rack up throughout the tournament, the pub screens allowed us to update our message reactively and enabled us to promote the most relevant and up-to-date message, which was fantastic,” she added. One of the beauties of DOOH is that copy can be changed so quickly. Paddy Power took advantage of this by increasing the donation to €20,000 per goal for the Russia v Spain game during the Pride weekend.