Pink Martini to debut at NCH 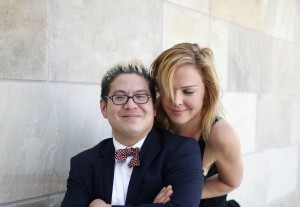 The 13-member Pink Martini orchestra from Portland Oregon will launch their UK and Ireland tour with two nights at the National Concert Hall in Dublin next month. Fast becoming well-known for their interpretations of old Hollywood and French cafe music, Pink Martini crosses genres of classical, jazz and old-fashioned pop.

The band have sold over one million albums in the US and over 150,000 in the UK. Film songs include Nurse Betty, Tortilla Soup, Shanghai Kiss and Mr and Mrs Smith. Band leader Thomas Lauderdale described the ensemble’s sound as “If the UN had a house band in 1962, hopefully Pink Martini would be that band.”

Pink Martini will perform two nights at the NCH, on Saturday October 8 and Sunday October 9