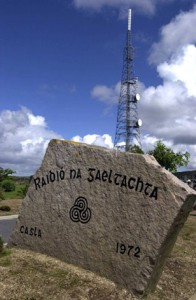 RTÉ Radio will broadcast the third in its current TV information campaigns in August. The spot for Raidio na Gaeltachta will be shot in Glencolumbcille in Co Donegal today. It will be directed by Luke Franklin for Jumper Productions. A 30-second RTÉ Lyric fm promo Where Life Sounds Better started on RTÉ One this week following Live the Day, the first TV promo for RTÉ Radio 1 in over three years.

The ads were created in-house by Joe Hoban, communications manager for RTÉ Radio. RTÉ Radio Communications took over the consumer-marketing brief for the stations last year, when it co-ordinated the 2fm Come Together campaigns. The department has overseen strategic planning for all RTE radio.

The Radio 1 and Lyric fm promos were directed by Alan Friel for Jumper Productions. The campaign is supported by radio, print, online and social media. The TV promos debut as RTÉ Radio celebrates winning the Broadcaster of the Year 2011 award and other honours at the recent New York Festival (NYF).