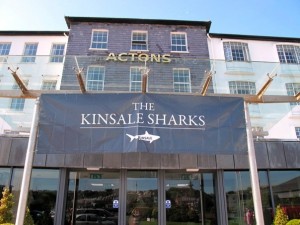 The Kinsale Sharks awards festival will feature a media category for the first time this year. Initially, media entries will only be open to local agencies, but for next year’s 50th awards show, overseas media groups will be invited to compete. Richard Eyre, chairman of the Interactive Advertising Bureau (IAB) in the UK, will head up the jury at the September festival. Before joining the IAB, Eyre spent 16 years with Bartle Bogle Hegarty (BBH) and was the agency’s first media director. He held senior roles at Capital Radio for six years and Pearson TV.

Professor Damien McLoughlin, professor of marketing at the UCD Smurfit School of Business and chairman of Marketing.ie’s Marketer of the Year judging panel, will also be on the jury along with Iain Jacob of Starcom MediaVest. Jacob’s earliest experience was with BMP and FCB. He later joined BBH where he became head of media buying. He was a founder director of the agency’s Motive division and held senior posts at Starcom.

For details about this year’s Sharks festival, click on http://www.sharkawards.com/