Rosenstock to get special award 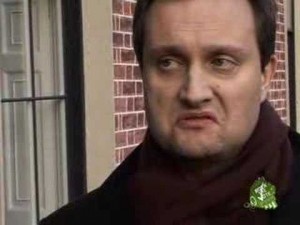 Comedian Mario Rosenstock will be presented with this year’s outstanding achievement award at the PPI (Phonographic Performance Ireland) radio awards ceremony in Kilkenny tonight. He has been the voice of the popular Gift Grub comedy sketches on the Ian Dempsey Breakfast Show on Today FM since 1999.

Rosenstock, 40, has been the voice of Roy Keane, Bertie Ahern (Infacta, Jaysus  and Ya Spanner), Steve Staunton, Niall Quinn, Bill Cullen, Ronan Keating, Gerry Adams and Jose Mourinho (The Special One). In 2005, he played the lead role in I, Keano, which parodied Roy Keane’s run-in with Mick McCarthy in Saipan.

Previous winners of the award include Gay Byrne, Marian Finucane, Micheal O Muircheartaigh and Larry Gogan. It is the third time in the PPI”s 11-year history the award has gone to someone outside of RTE.