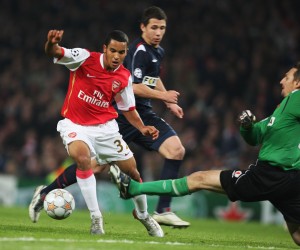 The €25 million cutbacks announced by RTE director general Noel Curran to staff yesterday, could impact on Uefa Champions League rights as “Irish sport” remains a priority. RTE plans to reduce spending on sports rights by 25 per cent by 2014. Budgets for overseas programme acquisitions are to be cut by ten per cent.

Efforts to make the €25m in cutbacks by 2013 will see a new voluntary redundancy scheme with savings of €15m. There will be no enforced layoffs. The RTE London office in Millbank is to be closed. The office’s five staff will be offered alternative jobs. It is not known yet if RTE News will continue to have a London reporter.

About 170 staff have left RTE as part of the current redundancy scheme, leaving numbers at about 1,900.  A plan to reduce payments to RTE’s top presenters is ongoing, with fees due to be cut by at least 30 per cent by 2013. Negotiations are underway with the next ten highest paid presenters, with similar reductions.