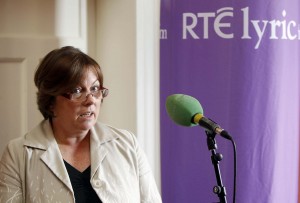 Clare Duignan (pictured), managing director, RTÉ Radio, said that for 54 years the New York awards has recognized the world’s best programmes. This year, not only have RTÉ Radio 1, RTÉ lyric fm and RTÉ Gold won a total of 16 awards, but the grand Jury, comprised of top-level industry professionals from five continents, have crowned RTÉ Radio as the broadcaster of the Year.

“It’s a real achievement,” Duignan said. “Not only do these awards confirm RTÉ Radio’s excellence in public broadcasting, they place RTÉ Radio among the greatest of our public broadcasting peers internationally. When you look at the breadth of the wins, from drama to documentary, music to history, sport to health, you get an insight into the variety of genre offered by RTÉ Radio.”