2FM presenter Gerry Ryan was posthumously inducted into the hall of fame of Irish radio broadcasting at the Phonographic Performance Ireland (PPI) Radio Awards presented at a gala dinner in the Lyrath Estate Hotel in Kilkenny. The three other radio presenters who were inducted into this year’s hall of fame were Ronan O’Rahilly of Radio Caroline fame, Candy Devine, Downtown Radio and Seán Bán Breathnach of Raidio na Gaeltachta. 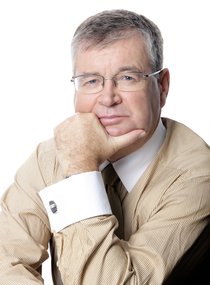 Morning Ireland was voted best news programme and its presenter Aine Lawlor was named best news broadcaster. Liveline with Joe Duffy (pictured) won a PPI for the best interactive speech programme for its coverage of the fight for the cancer drug ipi. Radio 1 also won best documentary and best drama categories for One Maurice – a Final Journey and The Dreaming of Roger Casement by Patrick Mason respectively.

Lyric FM won a gold award for The John Kelly Ensemble. Today FM went home with a bag full of gongs too, with honours going to Justin McCarthy as news reporter of the year; Paul Mcloone for specialist music broadcaster of the year;  innovation for the Rocky Road to Poland on Ray D”Arcy’s show and the station with the best news bulletin. The award for best entertainment inserts went to The Last Word with Matt Cooper.

On the day it was announced Ray Foley and JP Gilbourne are to leave Today FM to join 98FM, Denis O’Brien’s Dublin music station won a number of PPI honours. Dermot Whelan was named music broadcaster of the year and its Knock, Knock promotion was voted the best on-air listener competition. BBC Radio Ulster won the best current affairs for The Nolan Show and presenter Stephen Nolan was voted best speech broadcaster.

The station’s Does the Cap Fit? was the best sports programme. Moncrieff on Newstalk won the best speech-driven magazine programme and the station’s Eoin McDevitt scooped the sports broadcaster award.  The newcomer award went to Eimear O’Shea at KCLR 96FM. Classic Hits 4FM’s Wish Week won the community and social action award. The judges gave the award for best station imaging to iRadio.