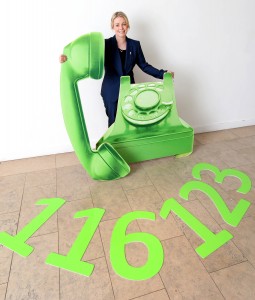 In partnership with Samaritans Ireland, the country’s six largest telecom providers – BT Ireland, Eircom group, O2, Three, UPC and Vodafone Ireland – have launched a new free to call number – 116 123 – for people who are struggling to cope. The number will make it possible for people to access the service 24/7, free of charge.  The new free to call number has been made possible by a partnership between Samaritans and the telecommunications industry, who have committed to a two-year funding programme for the number.

In 2007, the European Commission voted to reserve numbers starting with 116 for services of social value common across all EU member states. The number 116123 has been given for all 24-hour emotional support helplines. ComReg awarded Samaritans the 116123 number as it is the only organisation in Ireland already meeting and exceeding all of the minimum standards for such services. Around 2,000 Samaritan volunteers answer over 380,000 calls per year in a round the clock bid to prevent suicides.