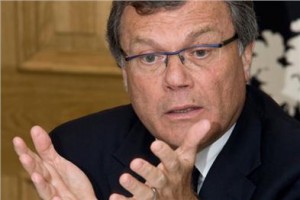 WPP boss Sir Martin Sorrell is expected to press for a €16 million pay package at the group’s annual general meeting in Dublin’s Convention Centre tomorrow. If Sorrell succeeds, it may cause some disquiet in the FTSE 100. Sorrell, 67, has expressed surprise at the notion that shareholders would oppose his latest remuneration demands. He says while his basic salary is up 30 per cent, he has had only one increase in ten years.

Sorrell told the Sunday Times his interests were “totally aligned” with shareholders. “I am a big shareholder – 85 per cent of the package is performance-related… Yes, a lot is paid out in incentives by WPP, but this is spread around all the top people, and if you are running a global business you have to pay competitively, otherwise the talent walks. It’s not pay for failure. I am on an at-will contract, I can be fired in a second.”

Sorrell plans to repatriate WPP’s headquarters to London following the relaxation of tax laws by British Chancellor George Osborne. WPP moved its base to Dublin four years ago to make tax savings. But Sorrell is now strongly considering a transfer to Singapore, given the east’s economic draw. WPP interests in Ireland include Ogilvy, Y&R, Group M, Millward Brown, WHPR and Brand Union. JWT has a minority stake in DDFH&B.