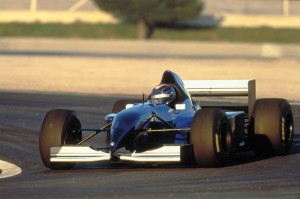 Voom-voom: The final contestant on Training Days will get to drive a F1 car

Eat your carburetor, Jeremy Clarkson. Irish reality TV is extending to road safety and how best motorists can become better drivers in a new RTE TV series planned for the autumn. Called Training Days, the show will take ordinary drivers and put them through their paces in various driving disciplines on prime time TV.

From race cars to corps diplomatique (CD registered) limousines, from off-loaders to emergency service vehicles, the contestants on Training Days will have to prove they can hone their driving skills to the point where they become experts behind the wheel.

In the final episode of Training Days, the top driver will be taken on the “driving experience of a lifetime”, getting behind the wheel of a 700BHP Formula One racing car and will be given lessons on to drive it properly.

Training Days is produced by Gold Star Media (GSM), the company which created the long-running RTE motoring series Drive, and which has been publishing motoring and consumer magazines since 1984.

The series will be broadcast on RTE 2 on Wednesdays at 8.30pm in the autumn. Colm Burns of GSM said that they are looking for sponsors who can leverage the safety and entertainment sides of the show.

Burns added that RTE will support Training Days with a package of promotions and pre-broadcast publicity and will invite members of the public to put their names forward and take part in the show.