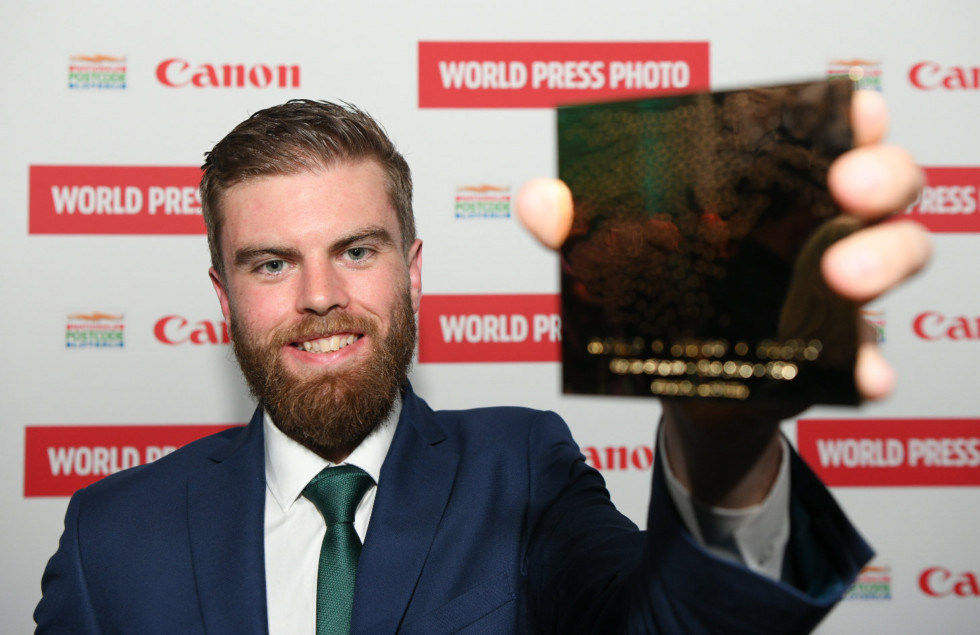 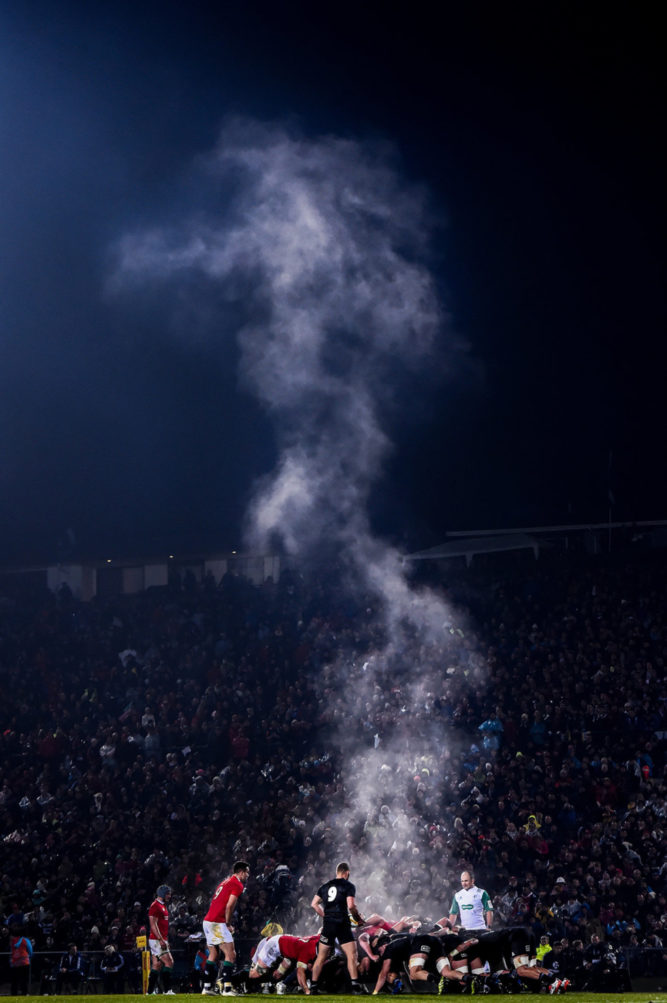 Sportsfile senior staff photographer Stephen McCarthy collected second prize for sports photo of the year from the World Press Photo Foundation. The Cahersiveen native was in Amsterdam for the 61st World Press Photo Awards where his photo ‘Steaming Scrum’, taken at the Lions clash with the All Blacks last year, scooped the prestigious accolade.

McCarthy’s photo depicts the two teams locked in a scrum with steam rising from their backs under the floodlights of the Rotorua International Stadium. ‘Steaming Scrum’ was selected from 73,044 photos submitted by 4,548 photographers, from 125 countries. McCarthy is Sportfile’s fourth staff photographer to earn a World Press Photo award.

In 2009, Paul Mohan won in the sports singles category, his colleague Pat Murphy was then honoured in the same category in 2010, followed by agency founder Ray McManus, in 2012. McCarthy said it was an “absolute honour” to be recognised among some of the best press photographers in the world. McManus said he was “truly thrilled” for his colleague.