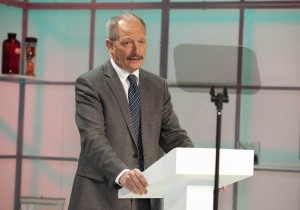 In what it has described as its “most ambitious schedule ever”, TV3 has launched outline plans for its 2015 line-up as it prepares for the arrival of the new UTV Ireland channel due on air in January. TV3 says spend on home programming exceeds 60 per cent of content budget. Red Rock is the working title for TV3’s new twice-weekly Irish soap. Comedian Jason Byrne and economist David McWilliams are part of the new schedule.

TV3 director of content Jeff Ford (above) says the home content output will rise to 100 hours next year. It will be the first time in the station’s history that original content will exceed spend on acquired shows. Sitting on a Fortune and Algorithm are two new entertainment co-productions to be filmed in TV3’s Sony HD studio.

Other plans announced include an Irish version of Channel 4’s Gogglebox and the return of TV3’s most popular imports such as X-Factor, Britain’s Got Talent and Downton Abbey, along with the home -produced Great Irish Bake Off and Keith Barry’s Brain Hacker. Crime reporter Donal MacIntyre returns to TV3 with a new series called Donal MacIntyre Investigates. TV3 will show all 42 matches in the 2015 Rugby World Cup.

TV3 will announce full details on its 2015 schedule in the autumn.