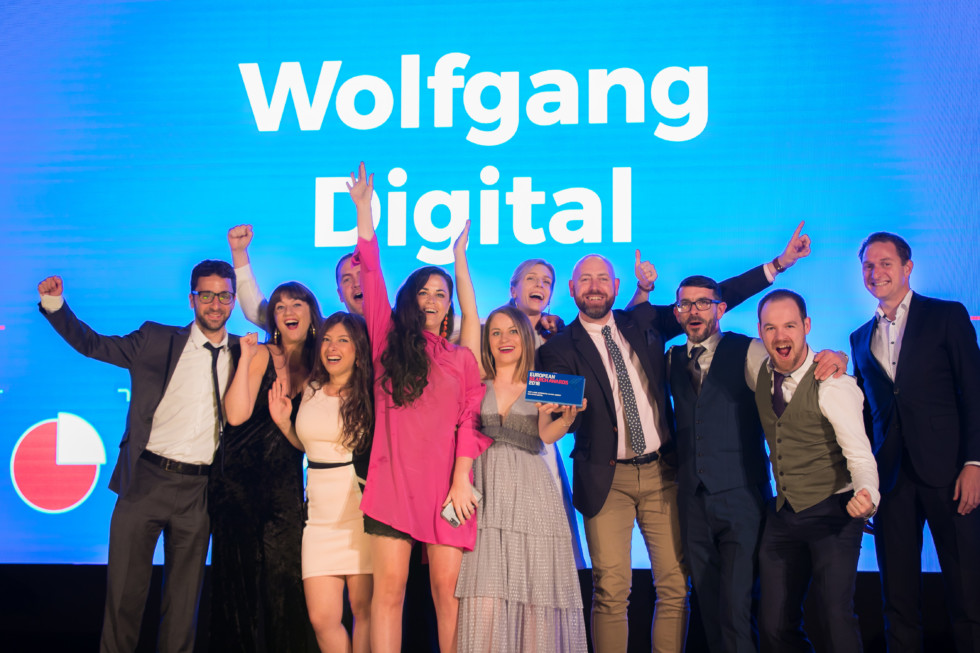 Wolfgang Digital scooped the best large integrated search agency title at the European Search Awards in Prague. The show is an international competition honouring the best in SEO, PPC, digital and content marketing throughout Europe. Now in their seventh year, the awards attract hundreds of entries from leading international search and digital agencies.

In 2016, Wolfgang won the best small PPC agency title. The large integrated agency win denotes their evolution over this time. Wolfgang Digital founder and CEO Alan Coleman said that 10 years ago he was chasing the agency’s first and only client, an overseas property investment company, for payment. He needed the money to pay a phone bill and buy some biros.

“The future looked bleak in those days, Coleman said. “If you’d told me then that today would see 50 sound heads doing brilliant digital marketing at Wolfgang Digital and being named Europe’s best large integrated agency, I’d have called you barmy and asked if I could borrow a biro.” Over recent years, the agency has won as many as 16 international awards.

Coleman rates the best large integrated agency in Europe as the pick of the bunch as it has been our long term goal. “The win is a dream come true for me and it’s a fantastic testament to the talent within our four walls. In particular, it’s a stellar endorsement of our leadership group who have driven our integration initiative over the last two years,” he added.

The property investment client never did pay up, but better clients followed. Clients that not only paid their invoices but worked with Wolfgang as partners. The agency is gunning to keep doing better for them and contribute to their growth in the future. Ireland was well represented in Prague with Vroom Digital and Mediaworks shortlisted for awards.